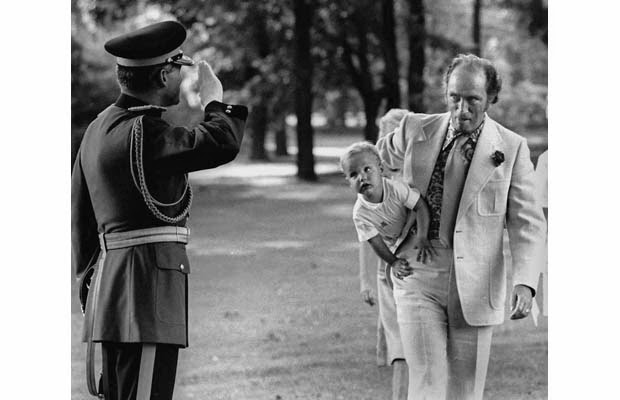 There is a problem when a reviewer knows a book has been assembled by a team, for PR purposes. And that team includes the "author" who has been in therapy and written his story honestly, as he knows it. The confessional aspect lowers the reader's guard, causing her to believe the narrative is based on the truth. This might be a better book if Justin didn't believe his own PR. Then again, if he didn’t, he’d have a hard time convincing us to vote for him.

Between the lines, Justin's life may be sordid. On the surface, it practically shines. Like his dad, he's a bit of an actor, with more of his mother's tearful charisma. Still, Lucifer comes to mind.
This book was not easy to review, especially as its subtext involves a lot of abuse and recovery, the causes of which are unmentionable and bring up Illuminati/Luciferian background on both sides of the family.

MKULTRA survivor Cathy O'Brien graphically stated in her book TRANCE-FORMATION OF AMERICA that many world leaders, including Pierre Trudeau and Brian Mulroney, are pedophiles. She met them in the course of her life as a mind controlled sex slave trained (with her young daughter) to service high-profile politicians. Other sources support Cathy O'Brien's allegations.
Over the years, I have been told by insiders, including the son of an Air Force officer linked to the MKULTRA program that Pierre's 1968 marriage to Margaret was “arranged” by the military and both were programmed with LSD at a remote farm in British Columbia. Margaret's father James (Jimmy) Sinclair was an RCAF pilot during World War II, later became BC's Minister of Fisheries. A shopping mall is named in his honour: Can you say 'Illuminati"

According to Trudeau's Jesuit mentor, Trudeau ordered the kidnap and murder of his enemy Pierre Laporte in October 1970, because Laporte was threatening him with blackmail and exposure as a pedophile.

By 1977, Trudeau’s marriage was over after Margaret ran off with the Rolling Stones. Soon after, as a single father, Pierre turned to an influential sociologist who also was a self-proclaimed 'sadist and pedophile.' York University Professor and likely CIA agent John Seeley had a passion for boys and would fly out to Ottawa on weekends to advise Pierre on how he should be raising his three sons. Justin was six.

Quite a childhood. First the trauma of being separated from the mother he adored, then frequent exposure to his father's unsavory friends. That same year, 1977, six-year old Justin travelled with his father and grandfather “to the North Pole,” where the awe-struck boy discovered Santa Claus and realized “just how powerful my father was.” Is that story true or apocryphal? Either way, it’s full of symbolism and Children often idealize their abusive parents, but during his eulogy at Pierre’s funeral, a smiling 28-year-old Justin seemed dissociated, almost giddy. World leaders and Canadian dignitaries applauded his ritualized grief.

So that's four sources, none of whom know one another. Then, a few years ago I was shown a 1984 letter signed by Pierre Elliot Trudeau expressing enthusiastic interest in meeting a ten-year-old boy. The letter may have been used in a blackmail attempt by the boy’s father.

Five sources, five different corroborating stories. What if all five are true? If Pierre was abusing their children, Margaret's history of bipolar illness takes on a whole different cast. For the conspiracy-minded, it also makes Canada's "Apprehended Insurrection" of October 1970 look like a false flag, perhaps masterminded by elements in the Canadian elite and military with help from their puppet in Ottawa -- which is what many Quebecers said at the time. Could the real perps be the same elite gang who programmed Maggie and Pierre and unleashed them on us?

Another of my informants, the astute son of a former prize fighter and colourful Quebec nationalist who knew the score, claims the FLQ terrorists who kidnapped Laporte were victims of "Jesuit mind control." Cathy O’Brien would back him up.

The FLQ kidnappers had grown up in communities around St Hubert AF base, in the era when it was the scene of MKULTRA experiments on Quebec children. Military scientists used silent sound weapons and drugs to scramble the children’s brainwaves. During the height of the FLQ Crisis, the fugitive kidnappers chose to “hide out” with their captive Pierre Laporte in a house which was on the doorstep of that base. Reportedly, their every move was being monitored electronically by military secretly stationed in the house next door.

Of course, few people have heard this “alternative” history of how the War Measures Act got declared. Justin parrots the official story which doesn't concern him since it was all over by the time he was born. Christmas Day, 1971. COMMON GROUND is all about the heir to the Trudeau throne.
The book is persuasive and well put together, probably with help from a seasoned journalist. It flows like slick PR, but has much unhealed trauma in the margins. Posing as saviours, Trudeaus and Sinclairs may be well-paid agents of national decline, but their story is emblematic and unavoidable. Here and there, a reader encounters tragedy almost worthy of a Russian novel. Certain passages actually moved me to tears: his parents' divorce and the loss of his brother. His love for his mother, who skied into depression while partying with rock stars and royals.

As for the politics - you're not really interested in Liberal rhetoric, are you? Young Trudeau manfully appeals to Liberal platitudes: tolerance, openness to cultural differences, gender equality, all of which sound good after the Harper decade.

There are odd references suggesting the author has rubbed shoulders with elite perverts. Prince Andrew and the Starlight Foundation. Jacques Hebert and Katimavik. West Point Grey Academy and his convicted roommate Christopher Ingvaldson.

All in all, Justin's very likeable, although PTSD glimmers from his eyes. In COMMON GROUND he reminds us that everyone has a story to tell.  Everyone is the hero of his own drama. This is only too true for Justin, who could have flown away like Le Petit Prince, but instead is doing his utmost to move back to the scene of his childhood trauma: the cold, drafty mausoleum called “24 Sussex Drive.” He probably has his eye on the old master bedroom at that fascinating Ottawa address.

That’s 2+4 which equals six. That breaks down to "Six Sussex Drive." Or Six Sus-sex. Or how about 666, for short? Anyway I hope he gets his wish. As Prime Minister, he couldn’t be worse than the current resident.

In the end, I don’t think it matters who the occupant is. The agenda will go forward according to plans laid out decades ago. We should really be concerned about what Cathy O’Brien calls “the merging” of the dark Jesuits’ torture methods with CIA-Nazi mind control techniques perfected in concentration camps, as we are already seeing these in the schools, disguised as “mental health” and “sex education”. Our children, who can’t even vote, are the principal targets and victims.
Posted by Ann Diamond at 08:26 4 comments: 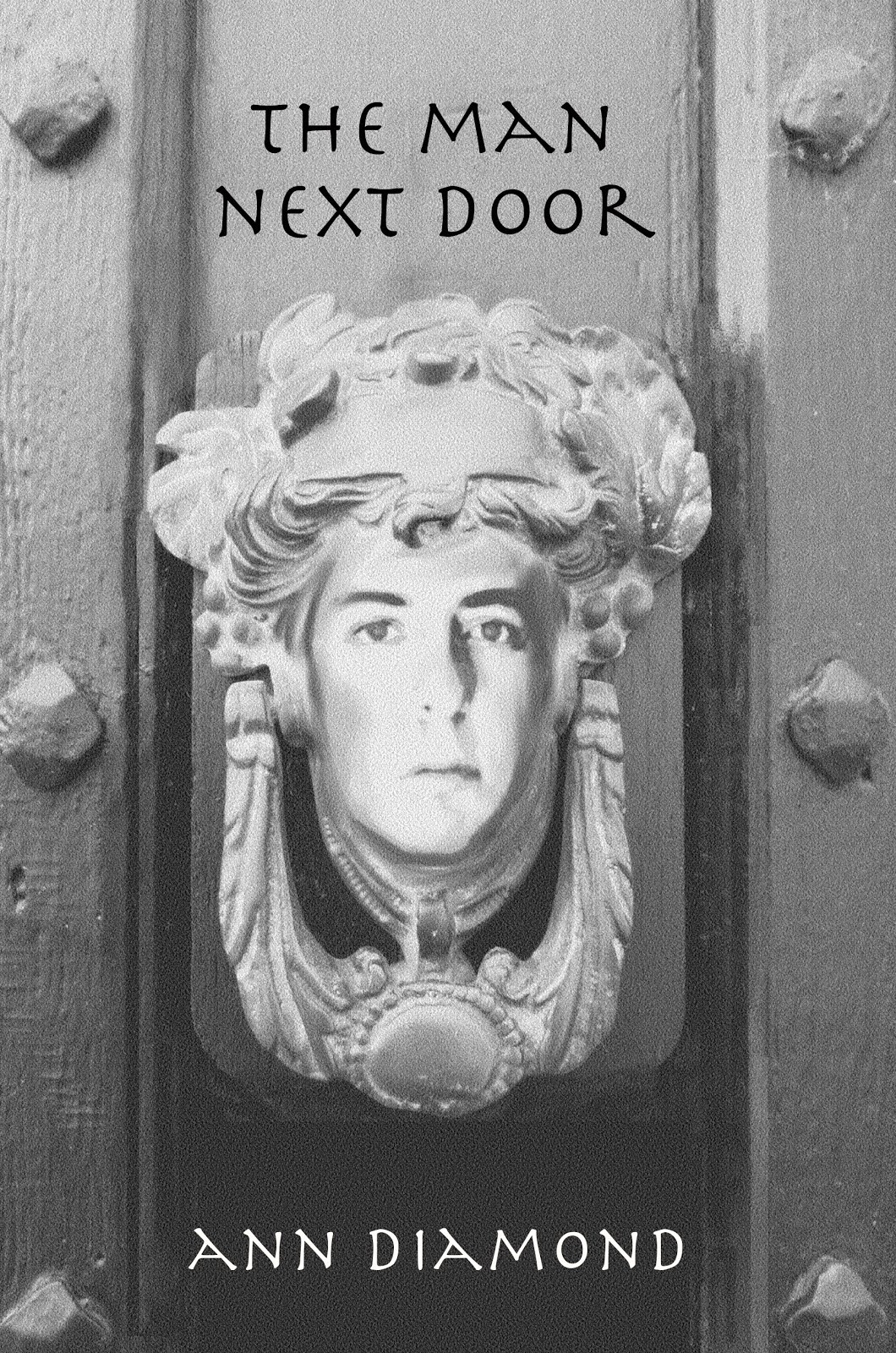